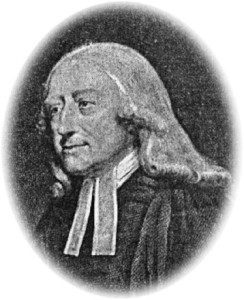 In the mid 1700s, there was a minister of the Church of England named John Wesley who noticed that his church had become inward-focused and self-serving. While the majority of people in England were labouring in poverty and untouched by the good news of Jesus, the Church of England was focused on the comfort and prestige of its members.

At that time, Wesley decided to reach out beyond the walls and parish boundaries of England’s state church and try new methods (hence, Methodism) to bring his countryman into relationship with God through Jesus. He began having “class meetings,” less traditional times of worship and Bible study which took place outside church buildings and which appealed to the common non-church going person. 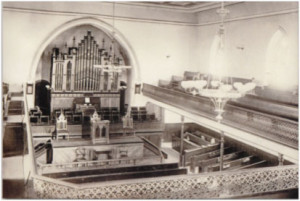 The emphasis of Wesley’s message was personal transformation through faith in Jesus Christ. After becoming a believer, he taught, it was up to the individual to become like Christ in near perfect sinlessness, ideally, so that the Kingdom of God would break fully into human life, transforming individuals, families and society as a whole.

Methodism took off in Britain like wildfire. It made such a difference in that country, in fact, that many historians have argued that the social changes brought about by the “Methodist Revolution” negated the potential for a violent political revolution such as that experienced in France. In that sense, the early Methodist movement could be seen as a real in-breaking of God’s Kingdom on earth! Given the missionary emphasis of the early Methodists, the movement spread quickly to North America. In the early to mid 1800s, Methodism came to be a very prominent feature of Canadian pioneer life, with Methodist class meetings and congregations almost wherever new communities were being established.

The Methodist congregation at Barrie was first established in April 1836. Growth was such that by 1864, the congregation erected its third building, the present gothic church building on Collier Street, which had seating for 600. In 1907, another large building project was undertaken: the sanctuary was widened with the addition of a transept, and a Sunday school wing with office space and a church parlour were completed to the rear of the building. 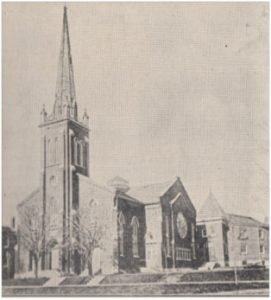 The church building after its 1907 renovation

In 1925, the congregation, along with the rest of Canada’s Methodists, the Congregational Union and most of the Presbyterian Church in Canada entered a merger known as Church Union. Since then, the congregation has been known as Collier Street United Church.

Many of Collier’s current traditions were established in the mid-1900s. In 1959, a quarterly newsletter called The Link began publication – it is still distributed by church Elders ahead of quarterly Communion services. In 1960, midweek worship services began through the season of Lent – services which are still enjoyed by the community to this day. 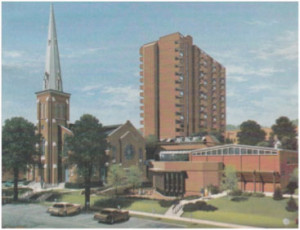 After a period of rapid growth in the 1970s and early 1980s, another massive building project and renovation was undertaken. The old Sunday school wing was demolished and the current office, classroom and meeting spaces that sit between the 1864 sanctuary and the Church Hall/gymnasium were completed in 1986. Connected to the church building at the rear was Collier Place, an apartment tower that continues to provide quality geared-to-income housing for seniors and adults with disabilities. 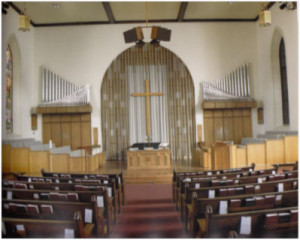 Collier Street continues to be a vibrant and diverse congregation with many active members at all ages and stages of life. Yet, we will need continual renewal in our midst of the zeal for serving God that motivated Wesley and the early Methodists. They knew rightly that God calls us into existence not to serve ourselves but to reach out beyond our walls and share the good news of Jesus with our community and society, that God’s Kingdom might truly exist in our midst. By grace, God has been at work among the people of this congregation for over 175 years. May such grace continue to be evident at Collier for another 175 years to come.